As part of our #OwnTheSummer campaign, we’ve been pushing ourselves out of our comfort zones and putting new things to the test. That’s included everything from extreme sports like snowboarding, to nutrition switch-ups like the Big Breakfast Diet.

I decided it was time to take the plunge with a popular dieting trend myself, going cold turkey on refined sugar and artificial sweeteners for a fortnight. Unsurprisingly, it wasn’t a smooth ride… Here are the five things I learnt along the way.

1. I have a lot more sweeteners in my diet than I realised

When I started this challenge I thought that I would only really struggle in the evenings, as I have a bad habit of ‘needing’ something sweet after my dinner. I didn’t think that the rest of the day would be much of an issue, as I don’t really snack on biscuits or chocolate at work (unless they’re offered around, of course).

That was until I realised just how many things I regularly eat — and, more importantly, drink — that have sweeteners in them.

During the week, breakfast for me is usually some kind of overnight oats. I find them really easy to get ready the night before and they keep me full until lunchtime, plus they’re a simple way to get in a scoop of protein as I don’t really have shakes.

Of course, my vanilla Impact Whey Protein has sweetener in, as does the chocolate powder I sometimes add to them too, and the chocolate peanut butter FlavDrops I have in my coffee.

I had to come up with a natural way to sweeten my breakfast instead, and so I decided to have banana porridge. I mixed half a mashed banana with oats and unsweetened soya milk, and added a sprinkle of cinnamon too.

The result wasn’t actually that bad — and after a few days it seemed to get sweeter and sweeter, probably due to the fact it was the sweetest thing I was eating all day. 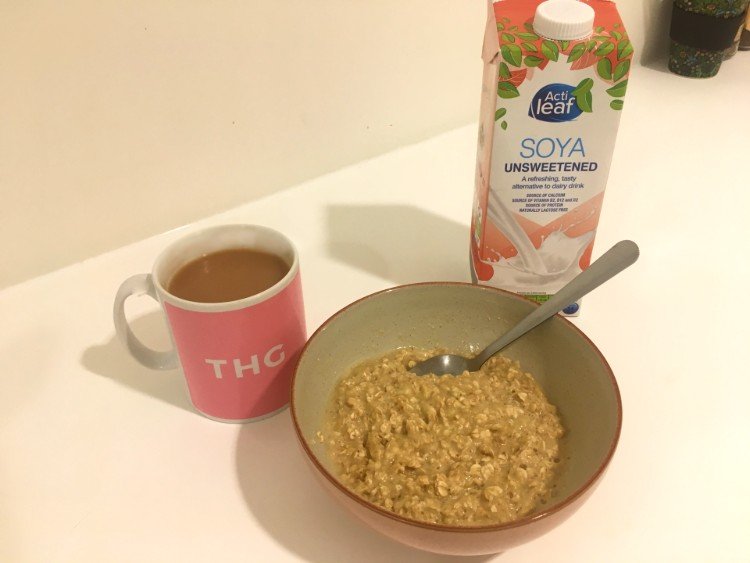 2. I could drink more water

Okay so this point leads nicely on from the first. I suddenly realised that the vast majority of my drinks contain some kind of sweetener — and if they don’t, then I add some.

I drink a lot of squash, I have FlavDrops in most of my coffees, or, if I’m treating myself I’ll have a mocha (aka. a lot of sugary chocolate powder). Oh, and I have a mild obsession with Diet Coke, to the point where if I see or hear someone having one near me (you know what I mean, that unmistakeable can opening sound), then I immediately want one myself and usually act upon this desire.

Going sugar and sweetener-free suddenly took away all of my usual options. Luckily, I’ve never had sugar in my tea so I at least had that to fall back on, but coffee just wasn’t quite the same.

I found that the water bottle I usually leave forgotten on my desk got a lot more refills throughout the day, which is definitely no bad thing.

3. I could eat more fresh fruit and veg

I made the conscious decision to cut out refined sugar rather than all sugar, because after a quick bit of research I discovered that trying to avoid all natural sugars would be restriction on a whole other level. They’re in pretty much every kind of fruit, but also certain vegetables too, like carrots and sweet potatoes, plus dairy products like milk.

For me, this challenge was more about cutting out processed, added sugars and artificial sweeteners, rather than demonising every single kind of sugar.

As a result, I began to incorporate a lot more fresh fruit into my diet — and I even began to look forward to it as a ‘treat’, whereas before I probably wouldn’t have given a handful of blueberries a second thought.

As well as having half a banana in my breakfast, I began to make sure I had at least two pieces of fruit in my bag for snacks during the day at work, as well as carrot sticks and hummus.

To satisfy my evening sweet-tooth cravings if they got too much, I had Greek yoghurt (the no-added sugar kind) with blueberries and mango. So I guess another bonus of this challenge was that I was consistently getting my 5-a-day in without much thought, and actually really enjoying it. 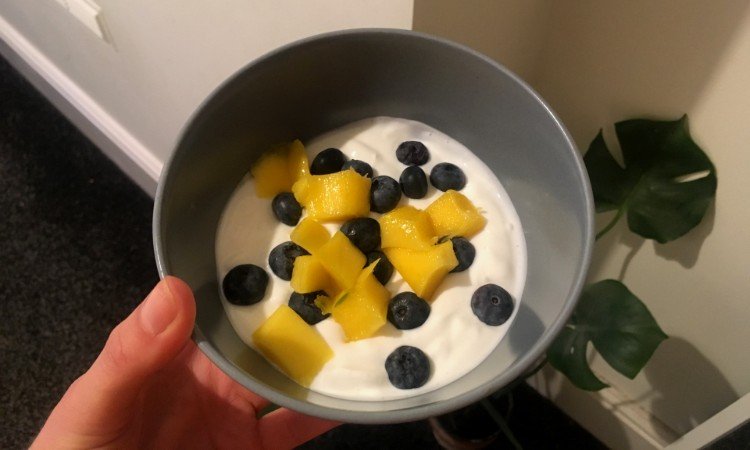 4. There’s always something to avoid in the office

In the 2 weeks that I wasn’t allowed sugar I had to miss out on the monthly office bake off, two birthdays, and a load of Friday treats someone from my team brought in.

The first time I said no to sugar I almost felt smug about it as I explained to people why I wouldn’t be having anything. Don’t worry, this smugness quickly wore off as I sat and watched everyone enjoy cake and doughnuts in front of me.

By the final occasion, I was borderline hostile (we’ll put that down to the increased irritability, a renowned symptom of the early stages of going sugar-free). When a colleague offered me a cookie I glared at her and snapped, “well you know I can’t have that”.

I definitely underestimated just how many temptations were going to be placed under my nose, and just how much willpower it takes to continually turn things down. 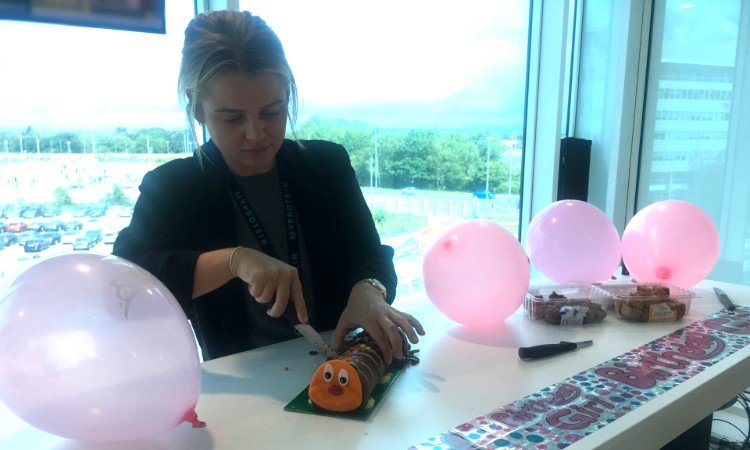 5. When I told myself ‘no’ I became fixated on having it

After the first week had been quite painless, I decided to carry on for another week. This was when a growing fixation with sugar started to creep over me.

Suddenly all I wanted was biscuits and chocolate, when previously I’d have firmly declared myself ‘more of a savoury person’.

I thought that sugar cravings were supposed to lessen after a few days of going without, but I was actually experiencing the complete opposite. It was like as soon as I told myself I couldn’t have it for another week, I really, really wanted it.

I began to notice how in every shop you go into there’s a row of chocolate share bags lined up at the end of every aisle and chocolate bars calling out at you just before the tills. Every time I had a cup of tea I thought about how much better it would be if I could dunk a biscuit in it. My housemate bought Ben & Jerry’s one evening because it was on offer and I couldn’t even look at her.

It turned out that setting myself a restriction just wasn’t sustainable. I think that part of the struggle was that I was doing this without a tangible goal, i.e. I wasn’t doing this for a specific physical change or weight-loss, it was more to see if I could.

If anything, I became hyper-aware of all the things I wanted and couldn’t have, whereas before I was definitely able to go a whole day without daydreaming about chocolate.

What I’m taking away from this sugar-free challenge

For me, the restriction just didn’t work. I wasn’t suddenly cleansed of all my sweet-tooth cravings and actually, after the two weeks were up, I had everything and anything I fancied for a few days just because I could. Harsher critics might call that a binge.

It did make me more aware of my choices though, and definitely highlighted my reliance on sweeteners in my drinks. I’ve decided to try and stick with drinking water throughout the day rather than going out of my way to flavour my drinks or buy a can of something fizzy, and I’ve also kept up with having fresh fruit for snacks.

What I’m happily welcoming back with open arms though, is saying yes to the odd bit of cake and mini flapjack bites that make their way round the office every now and again. Life’s too short, right?

Want to see what else we’ve tried? Check these out next:

We Tried Aerial Arts | This Is How You *REALLY* Get Fit

Drop the dumbbells, we've found a fun way to get strong.

Want To Try An Extreme Sport? Here's What We Thought Of Snowboarding

I Tried The Big Breakfast Diet | Here's What Happened

Does this diet make a difference?

I Tried The Big Breakfast Diet | Here’s What Happened