The fitness industry is taking massive leaps towards becoming a more inclusive environment for all, and leading these changes are fitness influencers from the LGBTQ+ community who use their platforms to advocate for change and inspire their followers, giving them the confidence to help them to make the changes needed to be their authentic selves.

One person from the LGBT+ community sharing his fitness story on social media is trans fitness influencer Sydney Maxine, who you may know as @sydmaxfit. He started his transition roughly five years ago when he was still in the US navy, which was far from the most accommodating environment. Since then, he’s created a community through his Instagram page, and through his work as a personal trainer he makes sure members of his community feel valued in a way that he didn’t when he began his transition.

Soon after Sydney started his Instagram page two and a half years ago, we were sure to snatch him up as one of our ambassadors. Recently we were lucky enough to be able to discuss his journey so far — we caught up about his coming out journey, what life is like for trans people in the armed forces, the community he’s created and his future hopes for change in fitness spaces for LGBT+ people.

“I was denying myself the right to be myself”

“I think that when I was in the navy there was this constant pressure to just be who everyone wanted me to be and in doing that, I was denying myself the right to be myself… I was able to prioritise myself, my mental health, my journey.”

But Sydney had already made the decision to begin his transition. In Sydney’s words he’d decided to be “selfish”, but we consider it brave. By that point he knew what he wanted, what he needed and nothing could get in the way of it any longer.

“I remember when I first came out, I told my commanding officer that I was trans and what I needed to do, and he straight up asked me if I would consider waiting a year so I could do a deployment first. I knew with all of my heart that I wouldn’t be able to be here in that year if I had waited. There was no chance that I could continue on.” 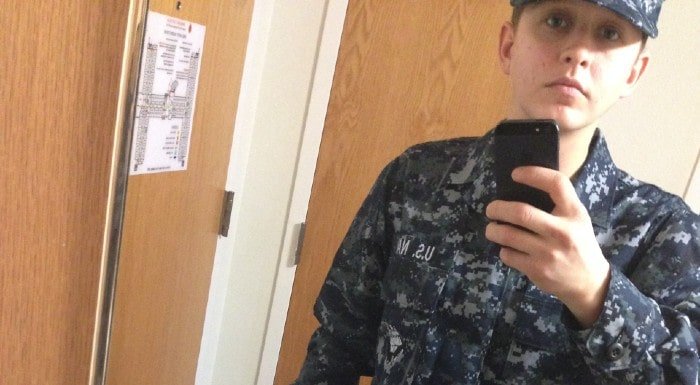 “I think there’s just that common ground in the fitness space that I have found to be super supportive.”

Upon leaving the navy, Sydney reignited his love for fitness. Having played competitive tennis as a teen, Sydney was no stranger to sports and cardio — so when he left the military, naturally he stumbled back into fitness. He found comfort in it and in the way that everyone he saw had the same goal as him — to better themselves.

“Everyone is in there trying to be the best that they can and working on themselves. I think there’s just that common ground in the fitness space that I have found to be super supportive.”

It’s natural that many people are in the dark about the different processes that trans men go through. Sydney, like many other trans influencers, is open about his hormone supplementation to try and inform as many people as possible.

“If you look at me as a trans man, a lot of people think I have an advantage because I supplement with hormones, but I get lab work done regularly and my levels are well within the normal range of a cis man. I think people need to better understand the effects of hormones.”

Part of bridging this knowledge gap comes down to people in the LGBTQ+ community becoming more visible in fitness spaces. Sydney’s biggest dream is for LGBTQ+ people to be seen as who they are, because they belong in the gym as much as anyone else.

“A lot of people turn to fitness to overcome some kind of hard life circumstance. It’s very common. I think if people could just stay focused on that, on what we have in common, rather than trying to dissect and judge all the reasons that we’re different, that would be a beautiful thing.” 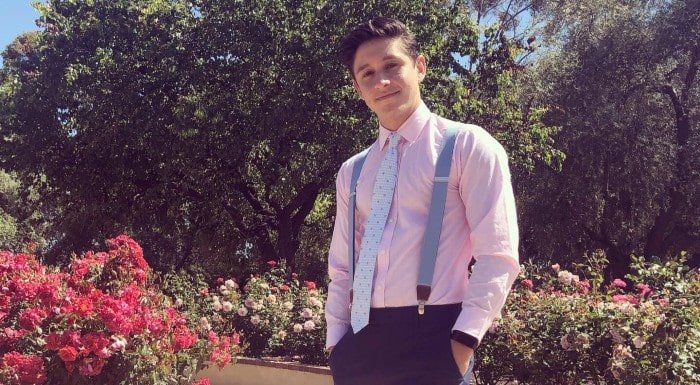 “I felt a calling to help do that for other people in the community especially.”

Sydney’s Instagram page celebrates courage. This is the courage it takes to come out, start hormones, have top surgery, or even enter the gym for the first time. Sydney found the courage in himself when he came out, and now he spreads the message to members of the community in the hope that they will find courage too.

“I was able to see the results that I got for myself and how being in the fitness world immensely changed my life. Mental health, physical health, everything. I felt a calling to help do that for other people in the community especially… I picked myself up and I just want to be able to do that for everybody else that may be struggling as well.”

Sydney’s own experiences have also helped him to identify a gap in the market for trans fitness trainers.

“I think there’s this unspoken automatic trust between members of the trans community… I think by being in that place and being able to relate to my clients that are also trans is just really impactful for them.”

While he’s not had an easy ride, it is the obstacles that Sydney has had to overcome that have inspired him to be where he is now. And by educating his audience about topics such as top surgery and hormone supplementation, he’s advocating for LGBTQ+ people in fitness spaces. He’s helping the fitness industry on its journey to be more inclusive and he’s doing this through celebrating courage. And that’s a message that is relevant to everyone, regardless of background or community.

Alex Tilinca Is Changing The Game For Trans Bodybuilders

'You have to be your own hero'.

A Pioneer Of The LGBTQ+ Fitness Industry

What Is The Low Sugar Diet & How Can You Reduce…

8 Million Strong — This Is Our Community