Every year as the clock strikes midnight on the 1st January, hundreds of thousands of people in the UK embark on a new challenge: Veganuary. A whole month of plant-based eating — no dairy, no meat, no eggs, no fish. There are good reasons why, as going vegan has tonnes of benefits for the planet and our health. Whether you want to reduce your carbon footprint or just get more veggies in, Veganuary is a great place to start.

One person who found this to be all too true, is Shane Williams, a 39-year-old dad from Exeter who took the plunge into a plant-based lifestyle in January 2020, and hasn’t looked back since. Here’s what Shane found during his first Veganuary, and what made him stick to a vegan diet for the long-haul.

“In the first couple of weeks I was definitely tempted”

Shane hadn’t dabbled in veganism prior to Veganuary 2020. In fact, he was a serious carnivore, eating meat every day.  Some smells coming from the kitchen made  the early days a little bit difficult.

“In the first couple of weeks I was definitely tempted because, you know, the smell of things like bacon… so it was tempting but it was like no, I’m going to do the month.”

But his stubborn nature pushed him through the cravings.

“I’m a bit stubborn. So, my family and my wife were like ’you won’t last a day’ and I said ’yeah I will’ so I just wanted to prove them wrong. And still today my wife will say ’you’re only doing it so you can prove them wrong’ and I’m like ’no I’m not… I’m really not’.”

The challenges didn’t end with the smell of bacon though. Going vegan can be a bit of a shock to your digestive system as a plant-based diet tends to have more fibre due to having more veggies. This is something that Shane definitely experienced.

“When you go from eating meat, which is probably harder on the digestive system, to then going full blown, everything is fibre, it just makes you feel a lot different. And because I hadn’t done it before you have tummy aches and I was sort of thinking ‘what am doing?’, ‘is this normal?’, but after a week you just get used to it. And that was because I went from one extreme to the other.” 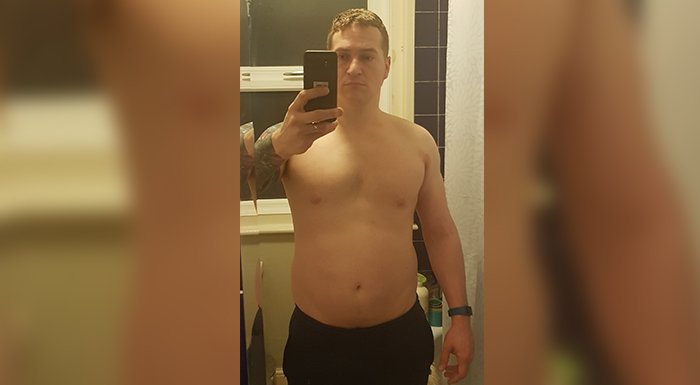 Initially Shane’s goal was just to give himself a bit of a challenge and try something totally out of his comfort zone to see if he could do it. But as he became more and more comfortable and happy on the diet, his goals shifted. As he began feeling the mental benefits, he was able to set fitness goals and have the energy to achieve them.

“It was initially just to try it but once I decided I was going to continue, the goal was to get a bit fitter and get leaner, lose a bit of fat, gain a bit of muscle.

“I’ve got more energy now, I’m more focused when I do train and I think that’s partly because mentally I feel a lot clearer in terms of what I’m thinking about and what I’m doing. And because I like to go to the gym very early as I’ve got kids so I get up and do it before they get up, it’s just a lot easier to do that now.”

“I don’t have any issues with hay fever anymore”

For Shane, the benefits of going vegan didn’t end with a clearer mind and less body fat. He also found symptoms of his allergies and eczema lessened following the lifestyle change.

“Ever since I was a baby, I’ve had really bad eczema and it’s kind of changed and moved around the body as I’ve gotten older. But in the last few years it’s gotten really bad on my hands. I’ve seen dermatologists and all sorts. I’ve been on tablets for it and it kind of helped a little bit but it’s always there and it’s been really painful doing a lot of things. But having moved to a vegan diet, the eczema is pretty much not there.

“I think part of it comes back to that dairy intolerance that I probably had but just didn’t know about. And also, other allergies — so I have asthma which is very mild but that’s something I don’t even really have to treat at the moment. And in the summertime I don’t have any issues with hay fever anymore whereas before I would have done.”

If you’re feeling inspired to start eating a bit greener, Shane has some fantastic tips for anyone taking the plunge into a vegan diet. He says start small and focus on making your favourite meals vegan.

“Start off by making small changes, don’t go cold turkey. I’ve had a friend who did that and really struggled with it because it’s such a change.

“There are so many options out there now. I’ll be honest, I probably wouldn’t have been able to do this 20 years ago because there wouldn’t have been as much choice, whereas now everyone has so much to offer in terms of vegan alternatives. So just thinking about what you do like and thinking ‘OK I can still have this, but it will be slightly different’. Just embrace it and give it a try.”

Planning is also key to making your plant-based life easier. For Shane, being unprepared was one of the toughest obstacles that came with being vegan.

“I think the hardest thing is when you know you’re going out, if you have to travel or work or you’re going out somewhere, it’s just planning ahead to know where you can eat. Most places will have it but you just have to do that bit of planning.” 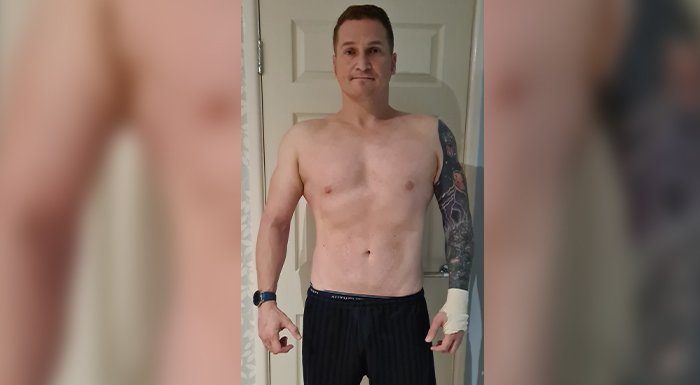 “Just a dirty burger, it’s amazing, I love it.”

A lot of vegan newbies worry they won’t be able to eat their favourite cheat meals after making the change. But Shane proves that doesn’t need to be the case. He still gets his favourite ‘cheat meal’ and enjoys every bite. Even if it wasn’t that way from the beginning…

“I really like a nice burger. Vegan cheese is really hit and miss but there’s some places you can get a takeaway and the cheese is actually quite nice. Maybe it’s just because I’ve gotten used to it a bit more because the first few times I had it I thought ‘this is disgusting’. But yeah, a nice burger, a bit of facon [fake bacon], a nice bit of sauce — just a dirty burger, it’s amazing, I love it.”

Shane hasn’t looked back since Veganuary 2020 and has experienced some life-changing benefits from switching his diet up. Although everyone is different — it can’t be guaranteed that you’ll feel the same benefits as Shane —at the very least, eating more plant-based boosts your veg intake and is kinder on the planet.

If you’re going vegan this month, check out our vegan supplement routine from our nutritionist.

Get your day off to the best start with these plant-powered recipes.

5 Easy Vegan Meals For Beginners On A Budget | From 70p

Going plant-based has never been simpler.

Here are three delicious reasons to go green with your protein.

Protein Powder for Women | Which Is Best For Your Needs?

Work Out From Home | Try This Equipment-Free…

Black Friday SALE | Up to 80% off EVERYTHING | Even further savings on almost EVERYTHING Use code: BLACK Shop Now