Plant sterols are a fascinating compound found in plants which have an amazing role in the reduction of the “bad cholesterol”, or LDL. They occur naturally in many foods and are often added to foods to make them healthier (such as margarine, orange juice and cereals).

In this article we’ll learn what plant sterols are, their effects on cholesterol, and how you can incorporate them into your diet. 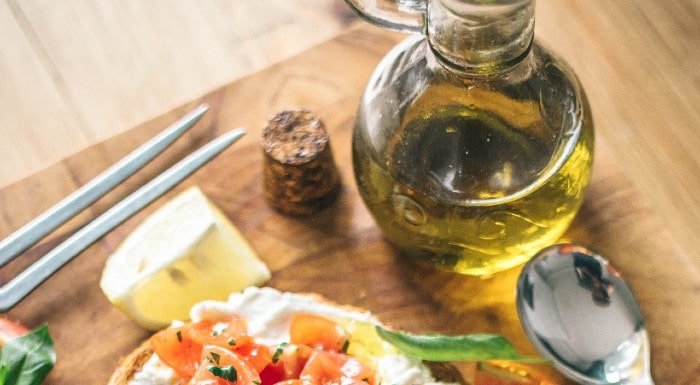 What are plant sterols?

Plant sterols, or phytosterols, are plant-based alcohol compounds. There are 40 different plant sterols identified1, with more than 200 forms and related compounds found in plant and marine life2.

For clarity, the term stanol (rather than sterol) is used to describe saturated sterols which have no double bond in their sterol ring structure.

The most commonly seen plant sterols are sitosterol, campesterol and stigmasterol; all of which are 4-desmethyl sterols (meaning they have no methyl groups attached to their carbon atoms)1,3.

They also are very structurally similar to the most common animal sterol, cholesterol. The similarity is that all sterols have a chemical ring structure, and differences are between the side chains attached to this ring1.

They also resemble cholesterol in their primary biological functions, and it’s these similarities which give phytosterols some of their health benefits.

Due to their length being virtually identical to that of the phospholipid monolayer which creates a membrane around all cells (2.1nm)4, these compounds fit easily into these cell membranes. In fact, they have an important role in a number of functions for the cell membrane, such as cell stability and temperature management3,5,6.

Outside the cell membranes, they’re found predominantly in the outer layers of the mitochondria (biochemical powerhouse of the cell) and the endoplasmic reticulum (involved in protein and lipid synthesis)3.

A final function of plant sterols which differentiates them from the animal sterol cholesterol, is their role in being a precursor for a number of plant growth factors3. 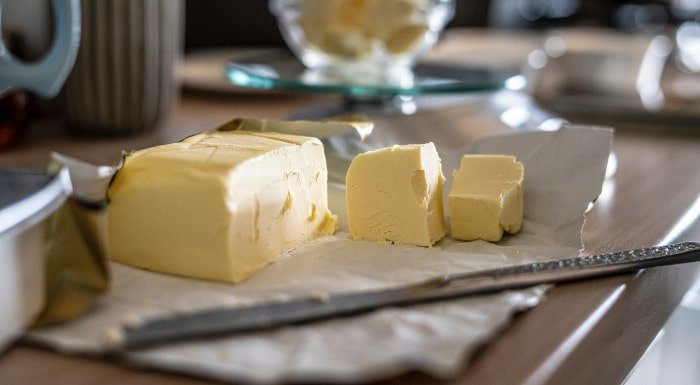 An average diet provides about 0.25g of plant sterols daily, which is doubled if you follow a vegetarian diet1.

In fact, a vegetarian diet can give up to 1g per day of plant sterols3.

In the UK, vegetable oils, fats and products derived from oils are considered the richest source of natural plant sterols3. The daily estimated intake from oils of the most common sterols was 44% sitosterol, 54% stigmasterol and 59% campesterol3.

The next most abundant source of plant sterols are cereals, grains and nuts3, with amounts of sitostanol and campestanol in products like wheat and rye9. In fact, bread and cereals make up approximately 36% of sitosterol intakes10.

As well as these natural sources, sterols can also be added to other food products (for example margarine)11.

Further sources of plant sterols (including brassicasterol, avenasterol and campesterol) include shellfish, like clams and oysters13,15.

How do plant sterols affect cholesterol?

Research into the health benefits of plant sterols has a long history going back 60 years to the 1950s where a crystalline form of these sterols was used to lower cholesterol levels in those with high cholesterol18,19.

The mechanism by which they do this is through reducing the absorption of cholesterol from the gut. Their similar structure is well suited to compete with cholesterol to replace them in the packages formed in the intestines which deliver lipids to cells20,24; leaving cholesterol to be removed as waste.

Research further developed in the 1970s where sitostanol and campestanol were shown to be the most effective form of this compound3.

20 years later, after stanol esters were formulated and found to reduce lipid levels in people with high cholesterol, the inclusion of such esters into mayonnaise and margarine showed a consistent reduction of cholesterol by 10-15%25. This reignited the research into plant sterols leading to the production of a variety of different food stuffs which had added sterols.

The clinical and economic benefits of dietary modifications to counter cardiovascular disease, alongside physical activity modification and cholesterol lowering drugs, continues to grow and plant sterols have a large place in public health recommendations and guidelines.

This is particularly emphasised due to the added benefits of antioxidants found within the plant-based diets which are recommended26.

It should be recognised that the benefits of plant sterols do differ across age groups.

The reduction in LDL cholesterol is significantly greater in older people than younger people3.

In fact, there is a dose response relationship when dosages of plant sterols are increased up to a daily dose of 2g3.

With awareness that LDL cholesterol levels are greater as we age, at this dose, studies show the following statistically significant trend1:

It’s important to note that whilst the 30–39-year-olds actually had a higher percentage reduction of LDL cholesterol, the actual amount of change was less than the 40–49-year-old group (because they had more cholesterol to start with).

In the 50–59-year-old group a 14% reduction, which would reflect a change of 0.5mmol/ l of LDL cholesterol, would actually reduce the risk of heart issues by 25% over 2 years35.

In younger groups, interestingly this 25% reduction in risk is similar — because although the reduction in cholesterol is less — the association is actually stronger in a younger cohort35.

There is potential for one side effect of plant sterols to be that they can lead up to blockages in the arteries (just like cholesterol) because of their structure, however because so little of the sterols are absorbed, they do not accumulate in the same way as cholesterol22,36.

Actually, no harmful or adverse side effects of plant sterols have been observed despite years of review and analysis on both isolated plant sterols or their esters27,38,39.

The only concerns which have been noted are that plant sterols can reduce absorption of fat-soluble vitamins and reduce beta-carotene concentrations1. For example, as sterols reduce cholesterol levels, we also see an 8% reduction in vitamin E, and a 25% reduction in carotene.128,29,33,39

However, this issue is minimally important, as simply adding more fruit and vegetables to your diet would be effective if countering these deficits1.

With cholesterol potentially affecting your heart it’s very much worthwhile examining how you can modify your diet to make yourself healthier. If you want to focus on foods to support your heart health, plant sterols lower cholesterol.

Including plant-based foods into your diet, as well as incorporating vegetables and good fats into cooking, can raise the amount of plant sterols you consume, which will can reduce your risk of cardiovascular problems.

While whole food sources of plant sterols lower cholesterol effectively, if you don’t like fruits, salads and vegetables, why not add grains and cereals or even shellfish to get more of these heart protective compounds? Your heart will thank you for it!

What Is A Superfood?

Do Collagen Supplements Work? What Is The Best Type?