The keto (or ketogenic) diet has become hugely talked about in recent years, and has been steadily gaining its popularity.

While many people use it to help manage their weight, there are those that hope to gain muscle on keto. So, just in case you’re one of those people, we’re going to cover what exactly the keto diet is, misconceptions regarding keto and muscle building and how the keto diet can actually help us to build muscle. 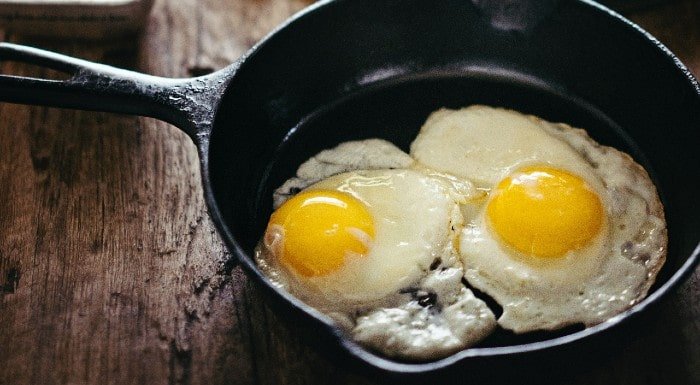 What is the keto diet?

It was originally created to help reduce the severity and frequency of seizures for those who suffer with epilepsy. More recently it‘s been used as a viable weight–loss diet.

The keto diet is focused around the goal of achieving ketosis and minimising insulin production. Ketosis is a state our bodies go into when we are so carb depleted that our dietary fat and/or fat stores are used for energy.

The body breaks down fat to produce ketones (hence ketosis) which can enter the energy cycles to produce energy. It typically takes around 3–4 days of a very low carb diet (sub 50g a day) to achieve ketosis.1 And for some it can take as much as a week!

This is arguably the toughest hurdle for first time keto-dieters to overcome as this period of metabolic adaptation can be stressful, met with cravings, hunger, fatigue and extreme irritability.

There’s also a chance of developing what is known as the “keto flu” – flu–like symptoms that occur during the metabolic adaptation stage.2

Swapping in tasty, low-carb snacks can certainly help with the transition to a keto diet, check out our go-to keto snacks here…

What Are The Best Sleep Supplements?

Misconceptions regarding keto and muscle building

The main reason why people are sceptical about building muscle on a keto diet is due to its effect on insulin production.

Insulin is described as an anabolic hormone (i.e., a hormone associated with “creating or building” rather than breaking down).3

It does this by binding to a cell (such as a muscle cell) and signals to that cell to take in nutrients. Relating back to muscle building, the influx of nutrients can contribute to repair and growth of the muscle (after having been broken down by exercise).

Whilst this may be true, there are other more important pathways to support muscle building. High–protein diets rich in high–quality proteins (either animal sources or complimentary plant sources) will contain plenty of leucine.

Leucine is one of the building blocks of protein (an amino acid) which is most popular for its ability to stimulate muscle protein synthesis. Food sources high in leucine include chicken, beef, fish, eggs and supplements such as whey protein.

How would a keto diet support muscle building

As mentioned, keto diets will typically be higher in protein and protein sources, especially leucine rich sources, that can stimulate muscle protein synthesis on their own.4

However, insulin may have an added benefit when it comes to hypertrophy (growth).

One important thing to note though, if met with this argument, is that leucine itself also actually stimulates insulin production and leucine is abundantly found in protein sources such as meat and poultry.4

So, the need for carbohydrates really comes into question then. This isn’t to say the keto diet is optimal when it comes to recovery and adaptation, but what it does suggest is that building muscle on a keto diet may be entirely possible (which is reflected in a large number of studies supporting ketogenic diets and muscle building).5

Can you build muscle and lose fat on keto?

Whilst not directly related to muscle building per se, the keto diet may also help you get leaner (which contributes to a more defined muscular look) and retain more muscle mass (especially true when it comes to age related loss of muscle mass or inactivity).5 This is due to the reduction of carbohydrates, which may make it easier to maintain the calorie deficit you need to lose body fat. Alongside this, your protein intake will remain high helping to maintain muscle mass.

Notably, as you undergo metabolic adaptation to a ketogenic diet you may experience a decrease in exercise performance (just as you would expect if you were feeling “under the weather”).

Muscle may also appear “smaller” or “flat” due to a reduction in glycogen and water, but the actual tangible muscle hasn’t changed.

The thought that a keto diet can negatively impact your ability to gain muscle can be misleading as it’s definitely possible.

Muscle building is just as achievable following a ketogenic approach as it would be any other, although it depends on the individual.

Yes, there may be some initial difficulty when transitioning over, but there appears to be sufficient evidence that can build muscle on a ketogenic diet.

Remember, you should always consult your GP before making any dramatic changes in diet.

What Are The Best Sleep Supplements?

These supplements could level up your gaming abilities.

It's one of the longest standing supplements for a reason.

12 Tasty Recipes For Protein Boosts Throughout The Day

Making Bad Choices — And Learning From Them |…

Impact Week | 50% off (almost) EVERYTHING | Use code: IMPACT Shop Now