Stephanie, a personal trainer and self-love advocate, takes us through her tumultuous journey to a healthy mind and body. 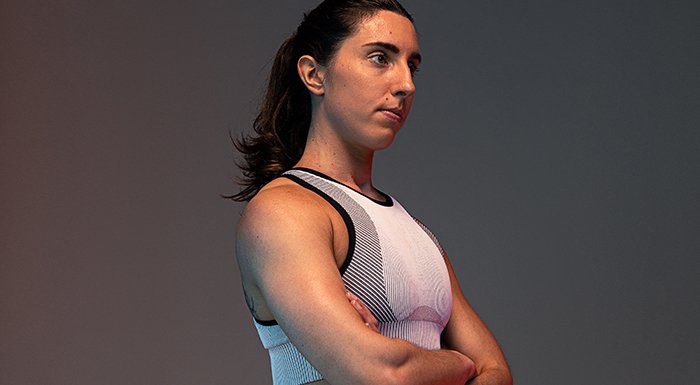 “Some people ask me “Oh, what are you eating?” and I just think it’s everything in moderation — that’s where I went wrong from the beginning, when I said that I only needed to eat certain things and I can’t touch that.

It got to the point where my calorie deficit just started to go and go and go and I was losing and losing fat. I started tracking my food and got obsessed with things like that. I got fixated on the numbers. For some athletes, that’s great. I’m not an athlete.

I look back and I just think why was I doing that? It’s addictive — very addictive.

You get obsessed over it because you think “this is working for me”. I thinking that I didn’t want to change out of what I was eating or what I was doing because I didn’t know what it would do. I could have gained back a load of weight and that struck fear into me.

At the time, I was with my boyfriend and we wouldn’t go out to eat unless I was able to track it and know the calories in it and know what I was eating. I couldn’t do it and I used to freak out and I would cry.

I was always in such a deficit that I just didn’t trust myself.

When we had a cheat meal together, and ordered takeaway, I would demolish the lot because I was so hungry and at that point, if it was put in front of me, I would just inhale it. Then, afterwards I would just sit there and just cry and think “I can’t believe I just ate all that”.

There was a time where I stopped getting my periods and I used one of those machines that told me I was less than 10% body fat. I lost my sex drive — that ended up killing our relationship because I was just so focused on that I had to go and train.

That was it. I couldn’t have a conversation about anything outside of food and exercise.

I started training to be a PT and got my level 2. It was pointed out to me by my course leader when we were going over body compositions and stuff like that and he said to me “you’re easily under 10%”.

Hearing that was weird, even though I knew that, being pinpointed out as that made me think “is it obvious then?” because I honestly thought I looked great.

I was thinking “look at me, I have a six pack and everything” and I look at it now and it terrifies me. It genuinely scares me because I look ill.

I took pictures of my body yesterday and compared it to what it used to be like and I cried because back then if I looked like how I look now, I’d be terrified. I’m a size 10-12 now, back then I was a 6.

I cried yesterday because I thought I’ve actually gained a lot of weight but I’m happy and I’m not scared of this anymore.

There’s nothing I want more than to push that weight gain is fine because there’s so much on weight loss and losing fat and gaining muscle, which is great, but there’s also nothing wrong with having fat on our body — like, we need it.

It’s not that I specifically wanted to be a size 6. I started training and I’d recently moved to Bournemouth where I found there wasn’t a lot to do. I started going to the gym a lot more and then it became all the time.

Once I started going and seeing results, I thought well I’m going to lift heavier. I have the same goal now, but I know that if I want to lift heavier then I need to eat a lot more.

The one thing I blamed social media for was the promotion of fat loss constantly.

It’s pushed so much and it’s bad for young girls, especially if they’re slightly already on the edge of not really liking their body and they see stuff like that, then that’s them gone. That’s scary.

Nowadays, I’m quite happy that there’s people like Alice Liveing who is like “look at me, I’m a PT who lifts weights, but I went on holiday and I didn’t work out for six days and that’s fine.”

Now there’s more of a promotion of healthy living and balance that you can go work out and do what you want to do, just make sure you’re fuelling yourself. We don’t all have to have a six pack. 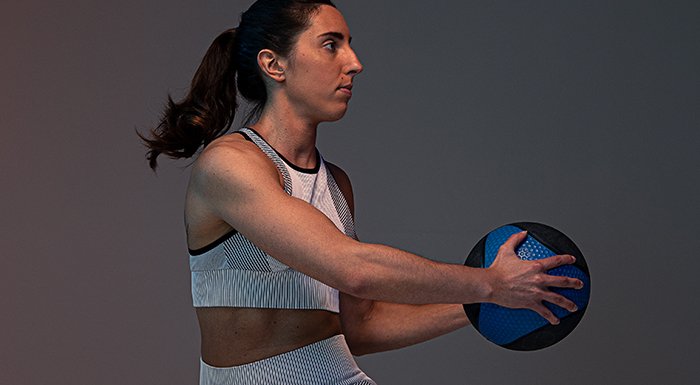 I went through a phase of not eating anything at all. I lost my nan which was really hard. It was the first death in my family for me and my nan was like my no.1 and then I almost lost my mum.

She was in a coma for a week and we didn’t know what had happened.

I always run from things and so when stuff like that happens I have to distance myself because emotionally I don’t know what I’m doing. I just began to emotionally eat to the point of binge eating.

My parents noticed, but they didn’t want to do anything because I’d already lost so much weight anyway that they were just happy I was eating.

I would wake up the next morning, again do a workout and post it on Instagram. I can show you pictures of when I knew I’d done that binge because the next day I was swollen in the face from too much sugar.

I’d be like “That was a day that I binged. I know that for a fact.”

I booked myself on a 2-week all-inclusive holiday on my own — breakfast, lunch, and dinner. I’d gone from one extreme to the other, so then doing a holiday like this, I had to re-teach myself hunger cues.

I learnt what satisfaction was, rather than “oh my god, look at all the food available to me!” eat it all, and then feel ill after, or being like “is this healthy, is this not?”

I had to really just put myself in the situation and be like “This is down to you now. There’s no one here to help you and all you’ve got is the food here in front of you, so you do you and see which way you go.”

I would message my parents every day and say that I’d done alright today. I called my mum saying that “you’re not going to believe this, it sounds so stupid, but I left a bit of bread on my plate.”

My parents tell me now that they were so worried but they didn’t know what to say to me or what to do with me because everyone just thought that I was into my fitness. I mean, I was, but I was so ill at the same time.

I feel like it’s good for me to talk about it now, but it’s also good for people to understand that you don’t know what’s behind closed doors with some people. I’m posting things like “look at me with my six pack” but I’d lost my boyfriend, lost my nan, my mum was in a coma, and I’m binge eating.

The turning point for me was almost losing my mum because I thought life is short.

I’m here worrying about a piece of toast when I’ve lost my boyfriend, my nan, and nearly my mum. That’s ridiculous.

I can go on and enjoy what I’m doing and enjoy lifting weights, but I don’t have to be so obsessive over it. I’m not an athlete. If I was out doing bikini shows, then yeah I’d track my macros, but I’m just a healthy girl that eats well and works out — that’s it. That’s all I need to do.

My boyfriend and I didn’t speak for a very long while, but now he says I’m back to the person I used to be because I just seem happy and don’t seem so anxious. I used to just worry about everything.

He says things like, “I like this person again; this is the person I fell in love with.”

Don’t believe everything you see on social media. Please just focus on you and if you are falling into that trap, then talk to someone — absolutely anyone.

You don’t understand the relief of just saying something, even if it’s just how you feel.

You’ve got friends and family and people supporting you for a reason and that’s because you’re an amazing person. It upsets me knowing that there’s still people going through what I went through.

Love what you’ve got and be done with it.

Enjoyed Stephanie’s story? Check out the other inspirational customers we heard from.

Does Creatine Cause Weight Gain? | Your Questions Answered