True to the typical fitness calendar, Stan Browney spent the winter months bulking, upping his calories and protein to pack on muscle mass. And the work paid off. Four months of hard and a weight gain of seven kilograms.

He was feeling satisfied with his weight gain, until he received an email inviting him to a magazine photoshoot in 30 days. It was an opportunity he couldn’t turn down, but to be ready in time he’d need to cut his body fat far sooner than he’d originally planned.

We’d never recommend “quick fixes” when it comes to fat loss. A 30-day shred like this isn’t a sustainable way to be happy and healthy long term. But Stan had a deadline.

It would be difficult, but Stan’s always up for a challenge. And he’d have his mate Arjen joining him on the journey. Although Arjen had an opposing goal — he wanted to add mass — they’d both need to spend the month working extremely hard.

Stan put himself on a strict routine for 30 days which included:

Arjen didn’t have such a strict routine. His included eating. A lot. His diet required him to eat three lunches every day. But that’s its own sort of hard work, isn’t it?

Browney hit the ground running in the early part of the challenge. Sticking closely to the strict rules he’d set for himself, by day six he’d lost 1.7kg, taking his body weight down to 83.9kg.

But after this point the workouts got tougher.

Calories are energy, and if you’re in a calorie deficit you consume less energy than you expend. This makes working out very difficult.

Stan was relying on Impact Protein Shakes to help with feeling sapped and hungry all the time. 25g of protein in a bottle was a great help. He was also feeling stronger than before, because he was getting lighter.

And he wasn’t the only one making progress. Arjen’s muscles were looking fuller, and he’d managed to put on 0.9kg.

By day 15, the halfway point, Stan had lost a further 1.3kg, putting him at 82.5kg overall. He was happy with his progress, but there was still much to be done.

But then came disappointment: on day 22, the shoot was cancelled. Without an end date to work towards, Stan and Arjen were despondent.

Roughly a month later, with the shoot still not rescheduled, Stan and Arjen took matters into their own hands. They decided to pick the journey back up and emailed the shoot organisers to see if they could get a new date in the diary. The organisers agreed and scheduled a new shoot. Stan and Arjen had 30 days to get ready.

Two weeks into the new shred, Stan was down to 80.5kg and his abs were beginning to show. But his productivity was also beginning to dip — probably because of his low calorie intake.

While he was well on the way to reaching his goal, it’s obvious that he wouldn’t have been able to do this for much longer than the 30 days. But he had plenty of Myprotein supplements to keep him going, namely protein cookies and protein pancakes.

Arjen on the other hand was never out of the kitchen. He spent all his time cooking and eating.

With just seven days until the shoot, preparation went up a level. Carbs went out the window, and the focus switched to protein, fats and water.

And with two days to go, things reached a whole different level. Stan and Arjen took their final sips of water for 30 hours. This is something we definitely do not recommend, but it got them to where they wanted to be. On day 29, Stan reached 80.1kg. And then they piled on the carbs. Paradise.

And that was it. A calorie deficit combined with bodybuilding contest prep techniques like cutting water weight and carb loading got Stan to his target. But it was far from easy, and far from sustainable. Let’s see those photoshoot pictures. 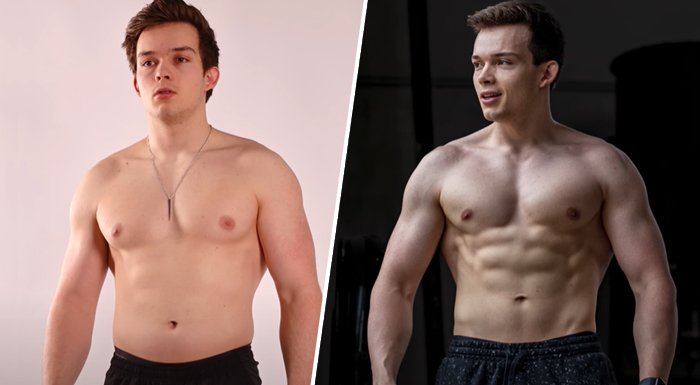 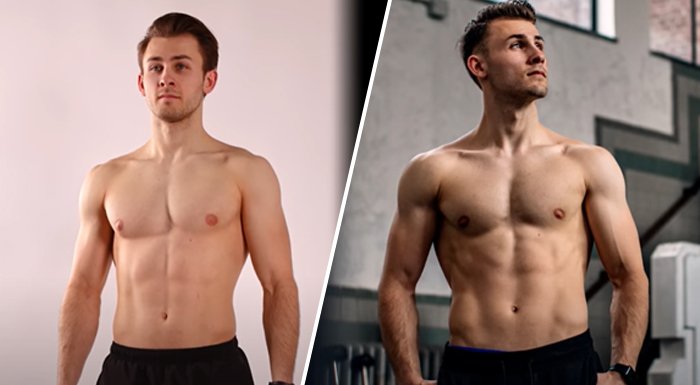 The photoshoot went well as they could have hoped, and they got some “epic” shots. Both Stan and Arjen achieved a lifelong ambition to appear in the magazine, and they got to do it together. “This is like a bucket list thing”, said Arjen.

As we’ve said more than once in this piece — this is absolutely not a good way to lose weight in the long term. For long-term weight loss, Uncle Richie (our resident nutritionist if you’re new around here) suggests between 100-200 fewer calories than your maintenance every day. This is a realistic approach that won’t leave you starving and losing motivation quickly.

How To Fuel Your Longer Workouts

How To Fuel Your Workout When It’s Really Hot