If you’re on TikTok and follow fitness or bodybuilding videos, you’ve probably seen some content from the “Liver King”. He is known for following an ancestral diet and “caveman” lifestyle that includes extreme workouts and simulated hunting. It’s far from the typical modern way to eat and live.

What he eats takes the paleo diet concept to the next level — he primarily eats meat, but this includes raw animal organs, eggs, and even animal testicles. In this article we’ll discuss some of the principles of the diet and whether it’s recommended by a qualified nutrition professional. 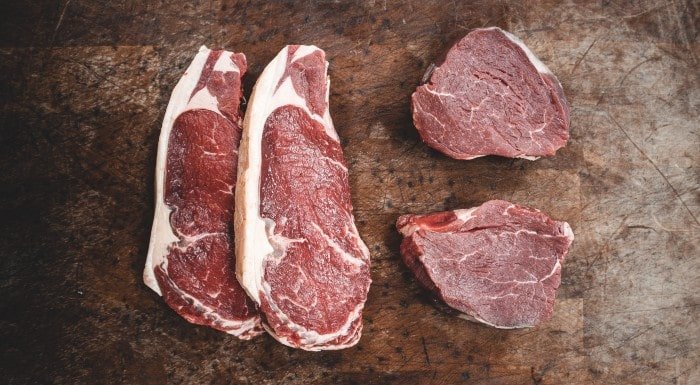 Who is The Liver King?

The “Liver King” — real name Brian Johnson — is an American bodybuilder who follows an “ancestral” way of living, a diet and lifestyle that takes the hunter-gatherer paleo diet to the extreme. On his website, Brain says he used to follow a standard American lifestyle. However, the more his sons “interacted with the modern world”, the worse their allergies became. He claims that this is when he and his family underwent a complete lifestyle change.

This involved eliminating all processed foods from their diet and reintroducing the “nutrition of our ancestors”, including seasonal fruits and vegetables, and liver, which he describes as “the most nutrient-dense part of all”.

Brian claims that this way of living had a radical effect on his sons’ wellbeing, and 20 years later he still follows the lifestyle committedly, eating a pound of liver every day, walking barefoot regularly, exposing himself to cold temperatures and sleeping on the floor. As seen in his TikTok videos, he also completes extreme workouts with heavy lifts, partakes in “simulated hunts” before meals (often a Tabata-style workout) and blocks phone signals within his home.

But by far the most notorious element of his lifestyle to viewers of his videos is the contents of his daily meals. So, let’s tuck in.

Liver: very high in iron (but also cholesterol and fat), liver is one of the more traditional or mainstream foods he promotes. However, it should be prepared according to food safety standards before consumption.

Protein shake: there are plenty of good options if you’re interested in adding protein shakes to your diet to support your muscles and body composition

Ground beef patties/steaks/main meat source with cheese: These foods are high in protein but also fat and cholesterol. These types of meats are not the most heart healthy choice.

Raw fertilised eggs: these pose a food safety risk and are not recommended.

Pork rind: high in fat but low in other nutritional values.

Chicken hearts and raw testicles: these foods provide safety risks if not prepared according to food safety standards and provide no nutritional value that cannot be found in safer forms of protein.

The Liver King also promotes 24-hour fasting and carb-free meals, but neither of these are realistic for many people and they don’t provide any specific health benefits on their own. While a ketogenic diet can be useful for weight loss, it requires sustained high fat meals and consistently low carbs.

The Liver King may have an impressive physique but the only dietary practices of his that make sense from a nutritional standpoint are protein shakes, complex carb sources and salads. Eating liver can be beneficial if you struggle to get enough iron, but otherwise, many of the foods he eats may be unsafe if prepared incorrectly and do not provide significant nutritional benefit.

Do we recommend the Liver King Diet?

While the Liver King promotes his diet, it is not a diet recommended for anyone. There are many high-protein, high-iron foods that can included in more balanced diet, and many of the practices he claims to follow are not realistic for most people. His physique is more likely due to his workouts and nutrition from substances other than raw meats and other animal parts.

The Liver King claims following a diet high in raw meats and animal organs has led to better health. When considering diet and health information, make sure to get your information from a reliable source like a doctor or certified/registered nutrition expert. No diet is one-size-fits-all — we all have different health and fitness considerations when choosing a diet to follow. The Liver King diet is not only unrealistic and impractical for many people, but also potentially unsafe.

The Best Ab Exercises for Women

What To Eat Before A Workout

How To Perform The Concentration Curl