Bethany Murphy is 20 years old and studying Classics at Leeds. She’d been overweight for most of her life, and experienced bullying because of it, until she decided that enough was enough, and that she had to make a change. This is her story. 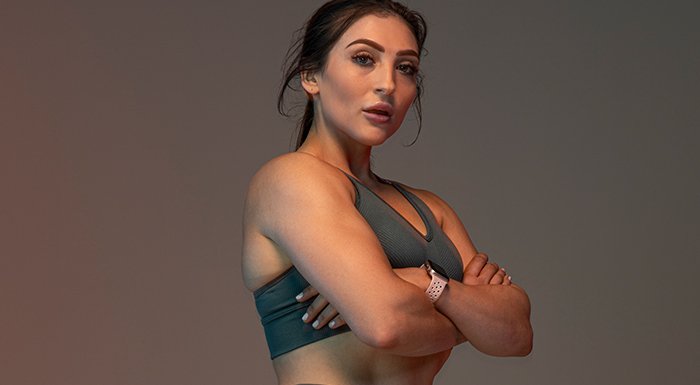 I used to get bullied for being overweight —when I would walk home, I’d have groups of boys shout stuff at me or nudge their friends into me. It got to the point where I’d avoid walking my normal way home.

I think I do have quite a thick skin, but after it happened quite a lot – and from people I knew – it was horrible.

I even had group chats made about me being overweight, people were so childish and horrible. It was really tough at some points.

I did ballet once a week, and even got told by the class teacher that I was too fat for the uniform. I think that sort of hit me quite hard, that I couldn’t look how everyone else did in something that I did enjoy.I didn’t even really like the exercise part of that though, I hated getting out of breath.

I started working on the reception at the gym and so every day I would see people go in and train, and then I’d see the same people coming back the next day.I just didn’t have anything like that… where I’d want to come back and do it every day.

I started to think, well everyone at the gym seems to enjoy what they’re doing, and I was quite good friends with the people I worked with who were all obviously PTs, so I thought I’d give it a go, see what it’s all about.

I started with cardio because I thought that’s the only way I could lose weight, and I hated it. I didn’t like how it made me sweaty, I was already so self-conscious.

I had it in my head that I needed to lose weight, that was what my whole goal was. I started to focus more on what I ate too, I became more aware of what was in foods, what nutrients.

I focused entirely on that, I didn’t weigh myself. For about a year and a half I didn’t step on the scales because I didn’t want to know, I did it more on how I looked.

I had this voice in my head saying, ‘I need to be skinny’ which is such a negative mindset, and I knew it was, but couldn’t help it.

For I while I really restricted what I ate, like I didn’t eat pasta for god knows how many months because in my head then, pasta made you fat.

I would take bites of food just to taste it and then spit it out — I wanted the taste of it, but not the calories. I got so obsessed with calories, so obsessed.

I wouldn’t go out for dinner, I isolated myself. My friends would invite me out for a coffee and I’d even say no to that because I thought of all the milk in a latte, and that we’d probably get a cake with it. And I can’t sit there and watch them eat cake and not eat it myself.

I drove everyone nuts.

My PT friends told me that I should try weight training instead. I just thought, ‘what an earth is weight lifting, I have no idea how to do this’.

I started to watch videos and tutorials online and my boyfriend did it too, so he said I could come with him and he’d show me what to do.

I had judgemental looks and was so aware of people looking at me more than other people, but I started doing it. And I loved it.

I think my parents thought that women shouldn’t lift weights and that it was a bit manly, but that made me just want to do it even more — because I could do it, I could lift more and I could feel my muscles getting stronger. 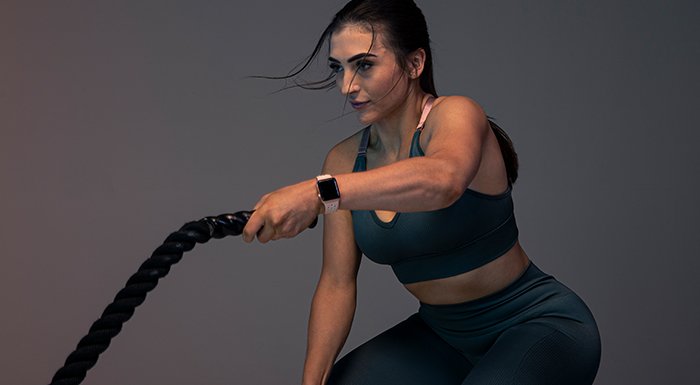 It was such a stress-relief as well. I do suffer with anxiety, so during my A-levels especially it was really helpful.

When I did cardio I was weaker. This was different, it didn’t feel like torturing myself.

When I started doing weight training I realised I can eat to fuel myself. I can eat for me.

It did take a lot and I still find it hard sometimes if I’m going out for a big dinner… but then I think I’m enjoying my life. I can live.

I would never in a million years have thought I’d be excited, ever, to get out of breath and get sweaty. I know my body can do it now.

I can run and I can pick up really heavy weights that people at work would once have offered to pick up for me.

I love being a strong woman. It makes me so happy that I’ve made my body healthier than I ever thought I could possibly make it.

I can do stuff that I never, ever, ever would have been able to do. I don’t just think, I have to exercise now, I want to.

My advice for other people… If you want to go to the gym, just go. Just put headphones on, wear something that you like to wear, people might look at you — but they’re just looking.

Have a plan of what to do, even just watch a YouTube video, then once you’ve gone in and done what you’re supposed to have done, feel really proud of yourself. You’ve done something scary, that maybe even your friends don’t do.

If you really can’t face it alone go with a friend! Go with a sister or brother, it’s nice to have someone to work with. It’s such a stress reliever, it’s your time.

Don’t focus on anyone else, focus on why you’re doing it.

Just think, this is for my body; my body deserves better than what I’ve done to it. I don’t have to hurt it by restricting or over-exercising, but I want to be healthier and feel better from inside.

Each week you’re going to feel yourself getting healthier and happier, don’t focus on what the scales say or what the tape measure says.

Don’t obsess on the end goal, set yourself mini goals along the way — if you ran for a minute last week, try a minute and a half next week.

And don’t let people get you down about it. If you have had people bully you and say negative things, it’s a lot more about what they are.

I always think they obviously have a problem with how they look themselves if they’ve had to go out of their way to call me fat. They’re obviously struggling internally.

Is Water Fasting Safe? Everything You Need To Know