How does your body regulate appetite? It’s a complex process, affected by your muscles, body fat, bones and much more. In this episode of Nutritionist Explains, Richie Kirwan, nutritionist and PhD researcher, is here to satisfy our hunger for knowledge, breaking down exactly what’s going on in our brains and bodies when we’re in the mood for food.

Losing weight is a goal shared by many, but it’s far from easy. Many have tried and failed, and who can blame them.

We bang on about calorie deficits all the time — eating fewer calories than your maintenance calories. In theory it’s simple, but in practice it’s far more difficult. When you change your appetite, you’re going against your most challenging adversary: your brain. Millions of years of evolution have wired the human brain to seek food, so it’s had quite the head start.

Appetite control is extremely complex, with our muscles, fat and bones all playing a part in regulating it. Let’s dive in.

So, we’re clear on body fat, but what in the land of nutrition is lipostat? Let’s find out. “Lipo” comes from the Greek word for fat, and “stat” refers to maintaining the state of something — think of thermostat and how it allows you to control central heating. So lipostat would be something that helps regulate body fat, like leptin.

Leptin is a hormone produced by body fat. Generally, the more body fat you have the more leptin you produce. Usually, leptin causes you to eat less by affecting the part of the brain that controls your appetite, the hypothalamus.

When leptin was first discovered, it was thought that appetite control may be possible by injecting people with leptin. But experiments all turned out unsuccessful.

People with a lot of body fat have high levels of leptin, so why do they not lose weight as a result of a reduced appetite? Well, it turns out they likely have something called leptin resistance. Their bodies have been exposed to high levels of leptin for so long that they’ve lost sensitivity to it. And even more annoyingly, as people lose weight or simply reduce calories for a time, leptin levels drop, causing their appetite to skyrocket.

You can increase your leptin levels by eating more, carbohydrates especially. But don’t rush to eat all the bread and pasta — this increase is short lived, so it’s unlikely you’ll lose weight this way in the long term.

In one study a few years back, researchers in Sweden conducted an experiment on mice that made them artificially heavier. Over the course of two weeks, these artifiically heavier mice lost weight from body fat compared with the mice that didn’t have any added weight. Why might this have happened? Well, the researchers asked themselves the same question. They noticed that the mice with the added weight were eating less than the other mice. But this was not because of leptin. The plot thickens.

It turns out that the weight-loss effect was all thanks to osteocytes, a type of bone cell. The osteocytes in the mice’s leg bones could detect weight change. So, when the scientists added the weight to the mice, the bone cells detected the extra weight, sent a signal to the brain of the mouse saying “we’re too heavy right now, maybe you should eat a little less”, and the mice lost weight. The researchers called this weight-control system the gravitostat — the force of gravity was involved in regulating body weight.

Now here’s why the study might be relevant to humans. Many of us spend much of the day sitting down. At our jobs, on the commute, watching TV in the evening. This inactivity means our bones can’t detect body weight as well as they might if we spent all day standing up. The knock-on effect of this is appetite isn’t regulated accordingly.

This is all very much scientific theory currently, and more evidence is needed to support it. One group of scientists decided to investigate whether something similar happens in humans. 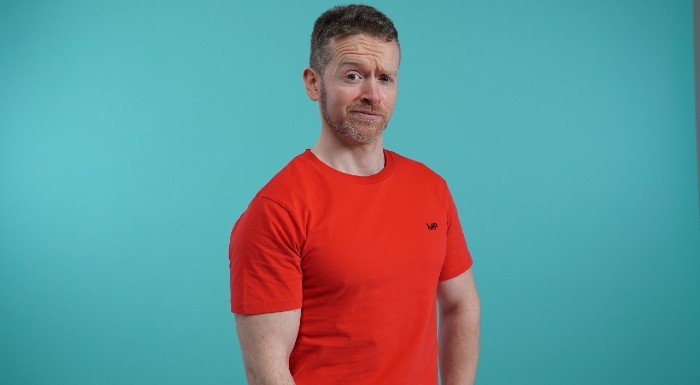 Muscles are one more mysterious way our bodies might control appetite. There isn’t currently a scientific term for this, so Richie has coined his own: sarcostat. “Sarc” comes from the Greek “sárx”, meaning flesh or muscle.

When people try to lose weight without doing a form of resistance training, they often lose both body fat and muscle mass. We’ve already established that when we lose body fat our leptin levels reduce, but it also turns out our muscle mass can affect leptin levels. When we lose muscle mass, we see a change in certain hormones that are produced in our muscles. For example, the amount of ghrelin, which stimulates appetite, goes up. Secondly, less muscle can lead to a decrease in a protein messenger called myostatin — this stops muscle growth. So, when myostatin goes down, another molecule, called insulin-like growth factor (IGFs), goes up, and this also increases appetite.

The reason for this? The body is trying to maintain muscle mass, so when it detects a loss in muscle mass, it increases appetite to try to put on some weight and regain muscle. The drop in myostatin would help with extra muscle gain too.

So, does muscle gain equal reduced appetite? Sadly we don’t know — Plenty more research is needed before we can answer that question.

So there you have it: the body works in mysterious ways. Our brains, bones, muscles and hormones are all involved in the complex process of appetite. Science explains a fair bit of it, but there’s still so much more left to discover. With more research, we’ll understand more about how our appetites work. I don’t know about you, but I’m hungry to find out more.

Lose Weight While Eating What You Want |…

We Reveal The World’s Sportiest Countries | Which…