The Zone » Motivation » What Type of Home Workouts Are Europeans Searching For?

With most of us spending the majority of our time at home, we are looking for ways to stay fit and healthy – working out at home being one of them. Myprotein decided to do some research on how many people are adapting to home workouts by seeing how many people search for ‘Home Workouts’ across Europe. 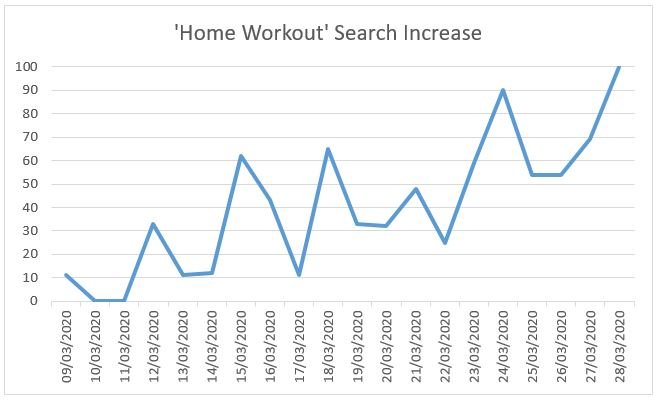 The graph above shows the increase in searches for the term ‘Home Workout’ in Ireland over time. Over this period, we can see that Ireland is seeing an increase of over 400% as we look for new ways to train in our living rooms.

Compared to the rest of Europe, Irish stats are smaller than spikes in interest. Whilst Europe on average has seen an increase in searches of 550%, the heat map below highlights key nations leading the home workout trend. 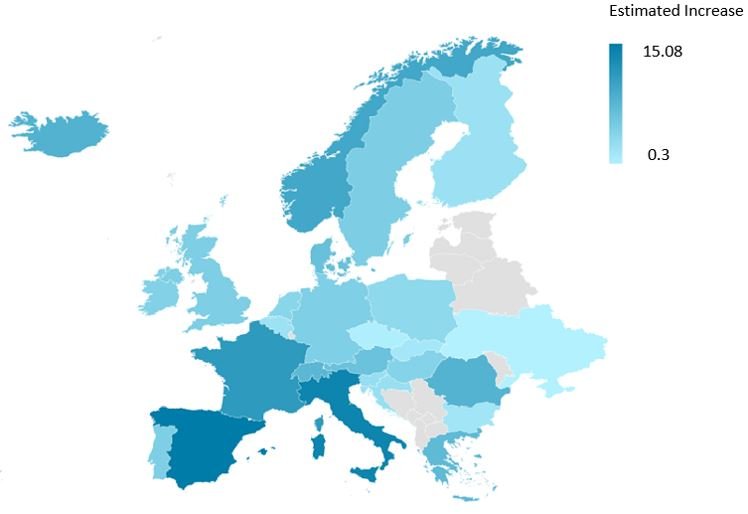 The table below shows the growth in searches for some home workout types in Ireland. 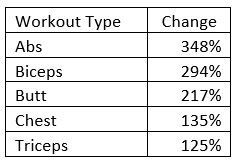 There is clear demand for home workouts, with abs seeing the biggest increase in interest. The Irish seem keen to keep their upper body physique in top shape as ab, bicep, chest, and tricep workouts feature in the top 5.

This table below shows the top 5 cities in Europe that saw the greatest number of searches for the term “Home Workout”. We calculated this per capita, to get the most accurate results.

Seville in southwestern Spain comes out on top, with surprising placements from Bern in Switzerland and Salzburg in Austria.

Dublin just misses out on making the top 5 by just 45, and Cork came 8th versus the rest of Europe.

Looking at the bigger picture of European countries with the highest number of per capita searches in the heatmap below, Iceland ranks first for per capita searches (not too surprising given its population of 350,000), followed by Norway and Ireland. 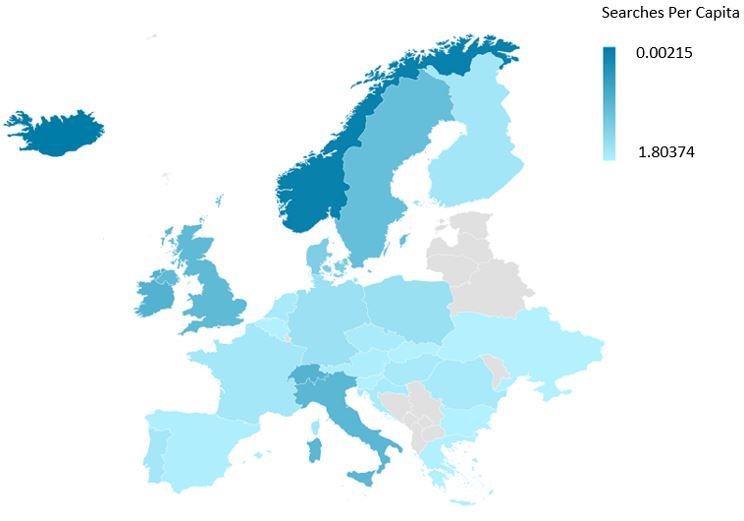 In terms of the absolute number of searches though, the UK comes out on top — 40% ahead of runners-up Italy and boasting almost three times as many searches as Germany in third place.

Whilst the UK hasn’t seen the biggest increase in home workout searches in Europe, they’ve always had a strong interest in gym-free training. 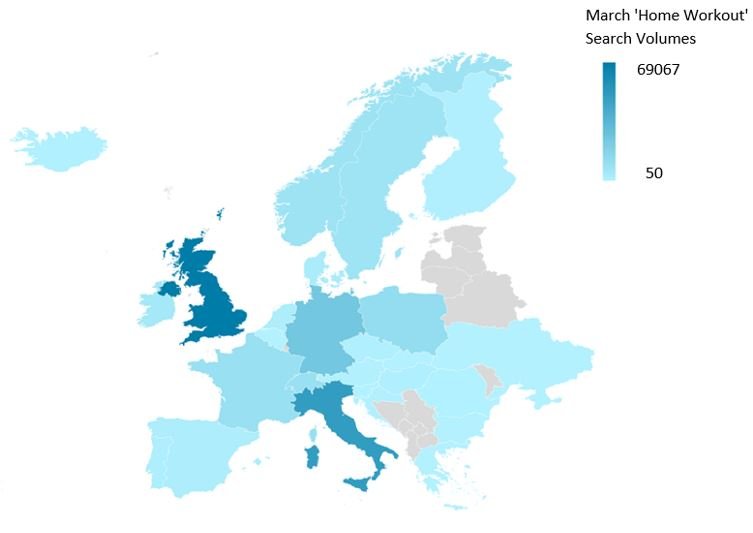 What Home Workouts Do People Search The Most?

It’s worth noting that not every country is prioritising the same kind of home workout right now and there’s an interesting variety going on, as you’ll see below.

There’s a clear trend in home workouts becoming more popular as time goes on. Some European countries even share some commonality for home workout types, with Ireland, the United Kingdom, and Italy all appearing to favour upper body training. Why not check out some of our home workout videos below…

Work Out From Home | Try This Equipment-Free Full-Body Workout

Working from home can be boring — why not try this equipment-free workout to get away from your laptop.

Buddy up for this strength-building muscle burner.

Josh has been involved in sports since a young age. Josh has a passion for football, playing for his local team from the age of 6 years old. He has recently used this passion to help motivate himself to create his own football club, specifically for him and his co-workers. Throughout the years he has developed an interest in boxing and MMA, which he loves to watch regularly.

5 Ways To Keep Moving While At Home